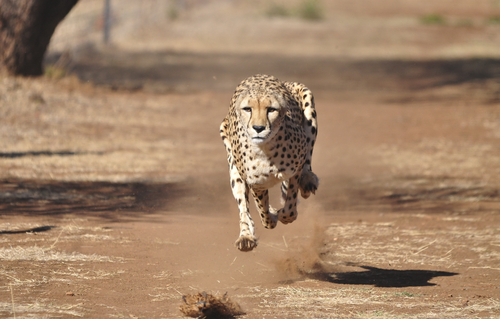 This is Safari Paul coming to you from South Africa where I just got to witness my first kill!

As we watched from our Land Rover, a Mama Cheetah came out of nowhere and pounced on a weak Impala. Swiftly, and with precision, the Cheetah accomplished her goal to kill the Impala. It was all over in less than 15 seconds but left an impression on me – Survival of the Fittest is a real thing on the African Plains. Most animals have to decide how to allocate their time between eating, procreating, protecting their turf and not getting killed by predators. Making the wrong allocation of time, not being one of the fittest or taking on too much risk (straying from the herd) dramatically increases the chances of living a short life.

There are significant parallels between my African Safari experience and businesses that die or suffer during recessions, self-inflicted wounds from bad decisions, lack of strategic focus or carryin

Are you in denial about when a recession will hit?

“I can’t see a recession!” “Where’s the recession!”  I can’t tell you how much I hear this every single day. It’s like saying “I can’t smell the carbon monoxide.” By the time you “see the recession”, your head’s sliced off (Yikes – I added the Yikes!).

From what I witnessed, I chose to be a Cheetah in the next recession, the Rock the Recession workbook is your guide to preparing to pounce!

P.S. – Put an African Safari on your bucket list!  If you haven’t gone it’s is a life changing experience.